Mark Geistweite is one of our newer photographers. His images took off immediately with wide appeal. Mark lives in Bakersfield, California with his wife, Xiaoping, their 8 year old daughter, Kennis, and their 3 year old son Jerald. The digital age has given Mark a sharper focus on his craft. Mark produces landscape photographs that exhibit the full range of light in a scene, much like how we see the scene with our own eyes. He manages this by taking multiple exposures of the same scene and then hand blending them to insure full detail in the shadows and the highlights. This approach extends the range of light beyond what a single exposure can record, but captures the wide range of light our eyes are capable of seeing at a given moment. These images of rare transient light appear almost three dimensional, even in print. Mark attributes his success to Xiaoping and her unwavering support. Mark also gives thanks to Jackie and Jerry Geistweite (Mom and Dad) for providing him with the ability to see the world with patient eyes. Even though he is passionate about his photography, his proudest moments come from watching Kennis and Jerry grow and learn.

Q. As one of our most popular new photographers, what do you see as the central appeal to your artwork?

A. I hear my followers say things like I feel as if I can step into the picture or it looks just like a painting. Many of my photographs are of random rural scenes that look like any typical country scene. They are more than just pretty pictures. I believe my images are inviting, calling the viewer to walk into the scene and stay awhile. Many other photographers shoot remote places in the world: Iceland, Alaska, Patagonia, Tibet, etc. These are amazing and beautiful places, beautifully photographed by talented artists. I am not so fortunate as they, to shoot those remote destinations. Yet, very near where I live are lovely locations that to me are just as beautiful, especially if captured in the right light. Viewers see the locations I shoot as being accessible; they feel that these ordinary meadows and pastures are within reach. New Zealand, the Himalayas, and other remote locations, however, are not so accessible. This is what I believe separates me from many of the more well known photographers. The appeal is in the ability to walk into one of my scenes that could be from almost anywhere, in any locality, within a short drive perhaps. I guess what I am saying is that Alaska and Patagonia are incredible, yet are not so inviting, because for most folks, these scenes dont offer a realistic escape. A simple scene out in the country, taken at dawn or dusk, does appear realistically accessible for the masses, however.

Q. How did you get on the path to becoming a professional artist?

A. I began shooting landscapes over 30 years ago. It all started as a documentation of my extended travels. My first extended outing lasted nearly six months and covered 15 states, including all of the western states. Before this, I had no interest in photography, but friends and family encouraged me to purchase a nice camera and record the places I visited. Once the first slides came back from the lab, looking almost like professional pictures, I was hooked. I continued to shoot over the years, but I found myself frustrated by the limitations of a film cameras ability to record the scenes that I was witnessing. When graduated neutral density filters were introduced, I suddenly had a tool that enabled me to shoot scenes that were previously impossible to record. Im referring to strong backlit scenes such as sunrises and sunsets. The biggest part of my evolution occurred when my family and I moved to California and I purchased my first digital camera. Digital photography made it possible for me to shoot often and experiment with new techniques. California, well, it is just a magical place. Unlike the east, with so much forestation, out here the scenes are wide open. There is a great vista around every corner!

Q. Sometimes art can be a passion and sometimes it can be a labor. Have you been frustrated or surprised by a particular image? Do you have a secret favorite that you simply love, no matter if anyone buys it?

A. The act of producing landscape photos is all passion for me. I cant think of anything related to shooting nature photos as laborious, save for the undesirable task of breaking camp to return home. I couldnt speak of any of my images that have frustrated me. If a particular image doesnt sell, but Im happy with it, then it neither frustrates me nor surprises me. At the same time, I have many images that I dont consider significant, yet resonate with multiple viewers. I love photographing winter scenes, even viewing them, but I also know most people wont buy scenes that appear cold. Its just human nature I suppose. Green sells well, and even though its my favorite color, I much prefer capturing warm tones and cool tones often present at sunrise or sunset. When I do include greens, I will try to find something to set it off, such as a complementary color or an incongruous tone. I really love snow capped peaks above a verdant green meadow. Add some magenta clouds at sunset, and the contrasts are palpable. I will always love shooting snowy scenes, even if I cant easily peddle them at an art show or in a gallery. No doubt, I have several images that I cherish, yet they will never get much adulation from the crowd.

Q. How do you keep your creativity flowing? For those of us who lack an artistic talent, can you explain how you bring your skill, inspiration, and work together?

A. I spend time looking at other artists work. I also like to play the piano as another creative outlet. When I listen to some new solo piano music, it really seems to pull me over to our piano to try something new. The same can happen when I see new landscape photography from my mentors. I think the main activity for regaining inspiration is to work on something that is outside of your element. I love shooting interesting skies, but out of habit, I generally include the sky in my landscapes. Occasionally I have to remind myself to compose the scene without the sky. When you find yourself in a rut, consider your habits as being the main culprit. Its something like changing your route to work every day. Take a new route and you begin to notice things again. It helps break that thoughtless tunnel vision we sometimes slide into. As far as addressing those who lack artistic talent, well I just dont believe anybody lacks artistic talent. We are all creative, but much of it comes from that naiveté that we all possessed when we were kids. For me, its a strong desire to explore. I love more than anything to find new locations just by trying a new country road. As far as bringing all of the elements together to realize an end product, well I really think it is a matter of time spent doing something often. The threshold often written about for success is 10,000 hours. That doesnt mean someone will have to spend 10,000 hours in order to create something meaningful, but just that the more time put in, the more often you will achieve meaningful work. When I moved to California, I had some wonderful images, but it was a small portfolio. Since then, the last 5 years have been devoted to producing new work. Now, I have a much deeper library of compelling images. Im not up to 10,000 hours yet, but Im gaining on it!

Q. Do you have a favorite time of year to work on your art?

Q. What are your plans for the upcoming year?

A. My goals for the next year and beyond are to produce more motion work; film and time lapse in particular. I also plan to conduct more workshops. For the immediate future, the workshops will be local, but beyond the next few years, I want to offer workshops throughout California. I would also like to explore conducting one-on-one Skype workshops, enabling those who cant travel to California to participate. These workshops would be devoted more towards computer processing of digital photography.

See all of Mark Geistweites photos available through Gango Editions .

The art of Mark Geistweite 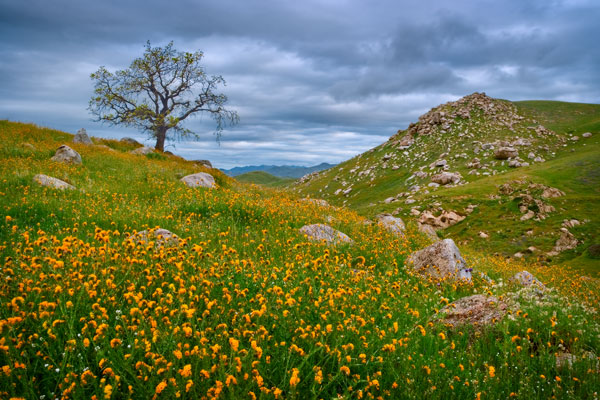 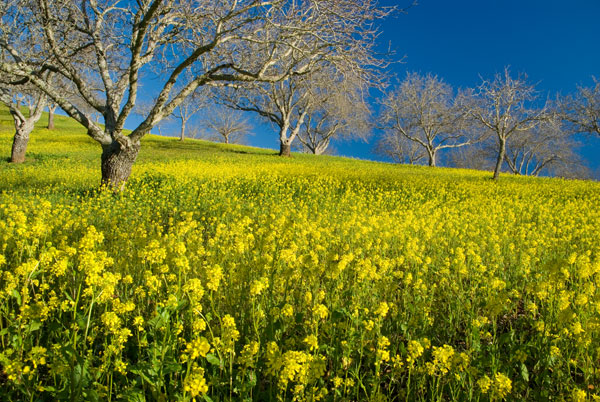 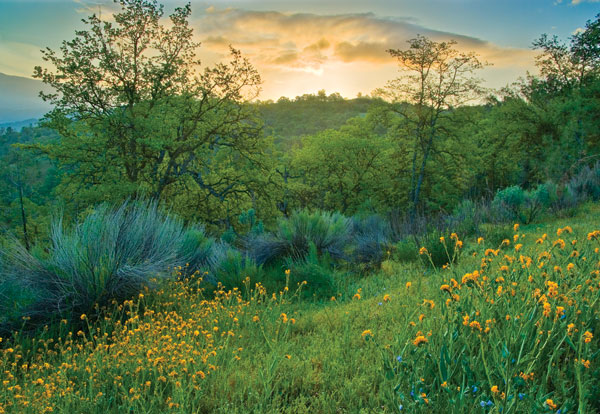 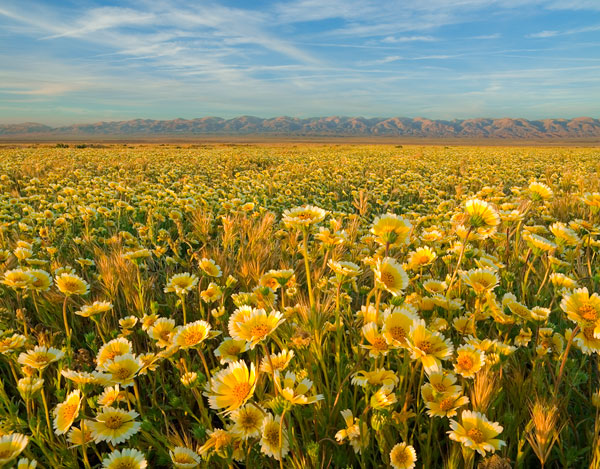 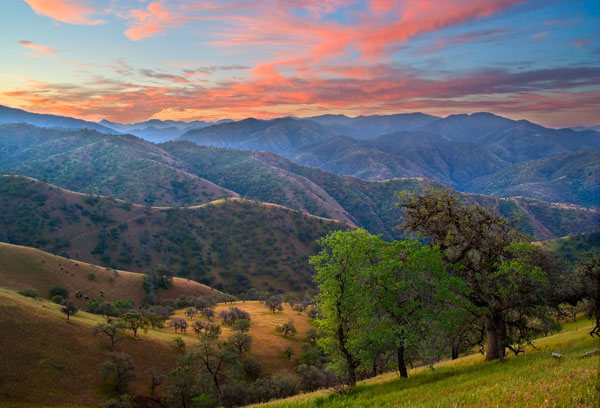 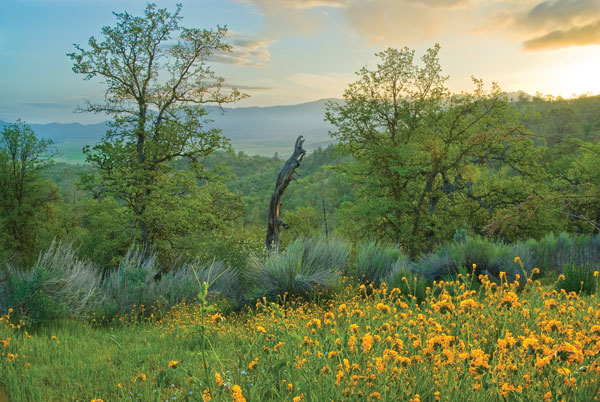 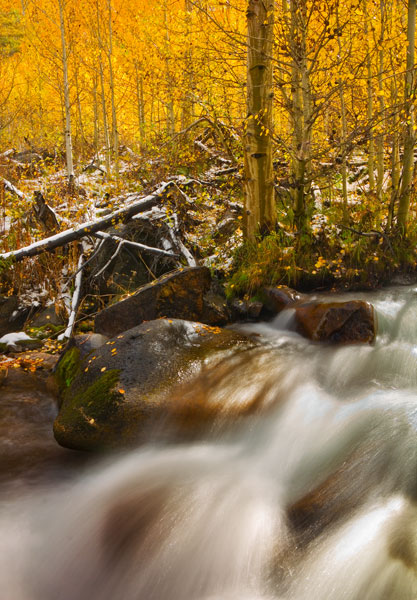 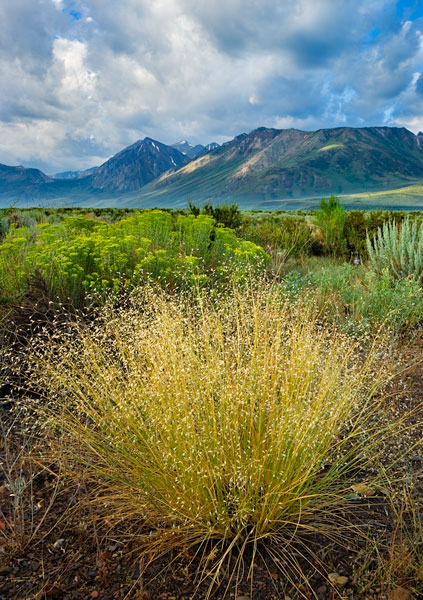 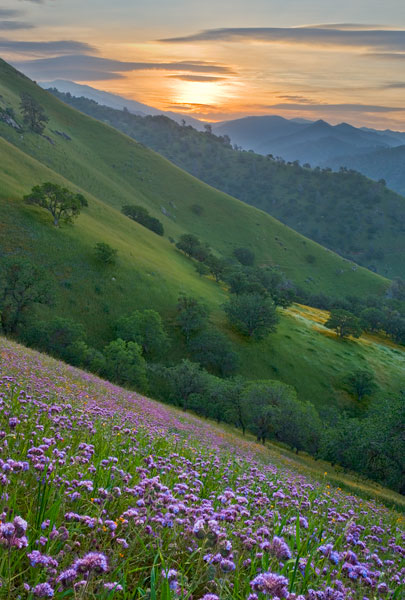 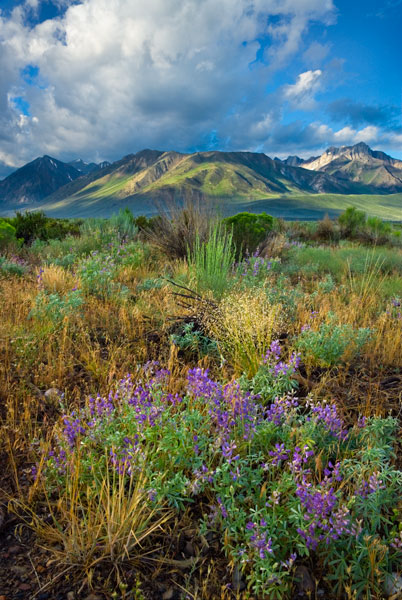 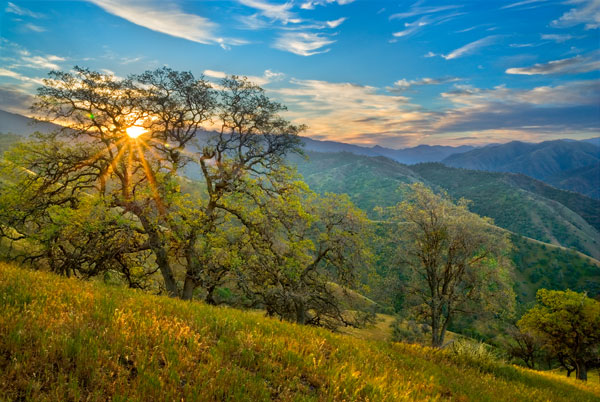 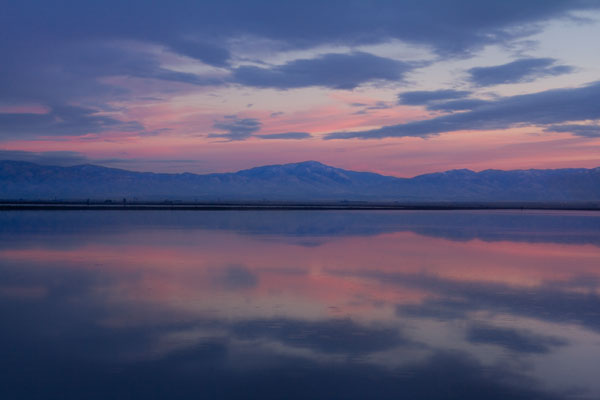 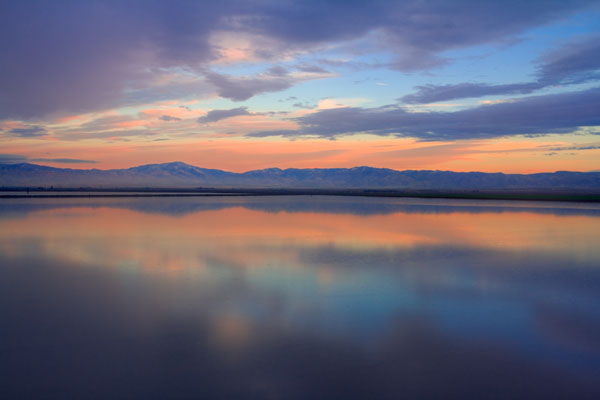 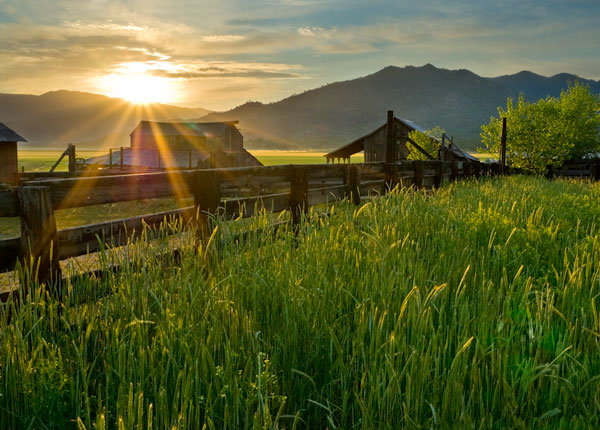 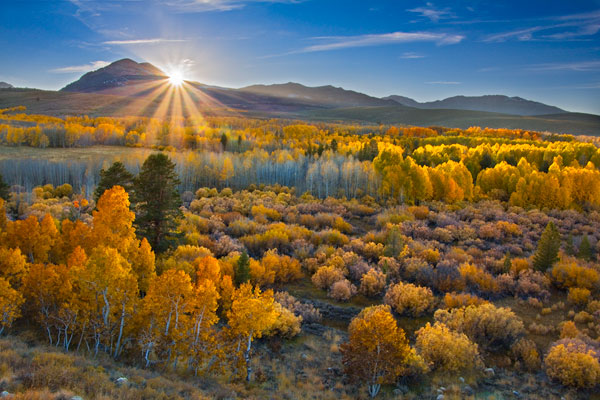 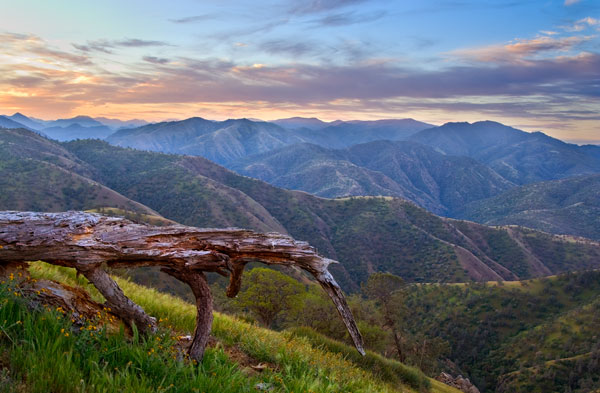 Pastel in Nature I 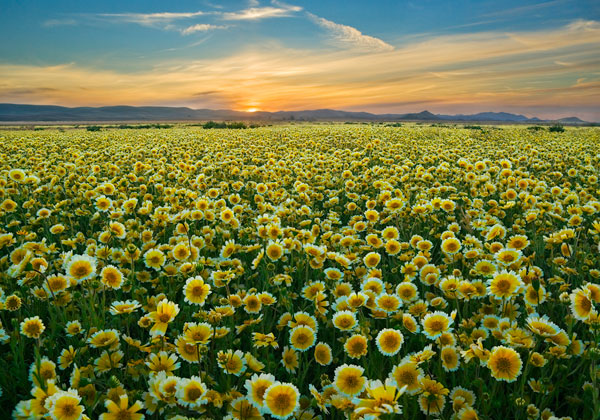 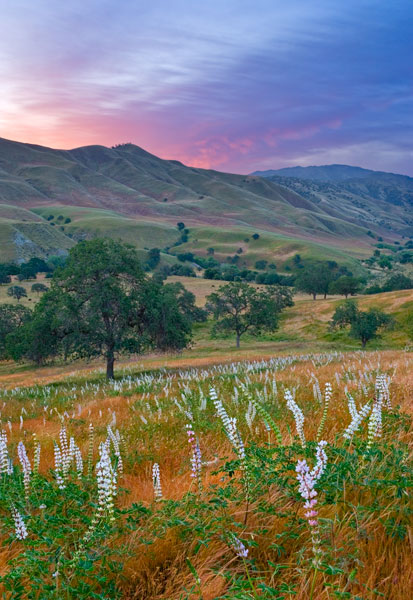 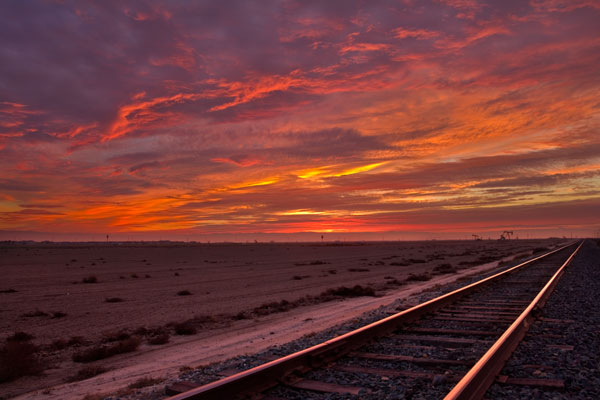 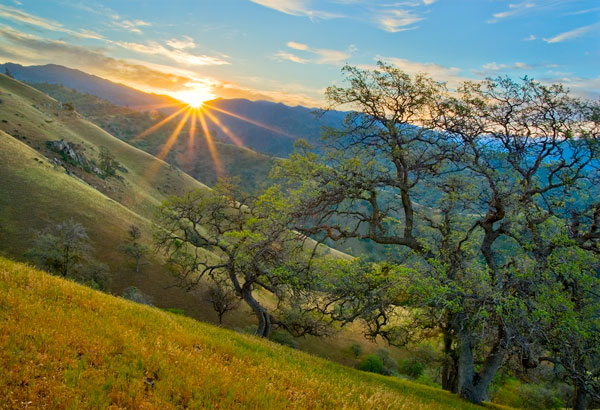 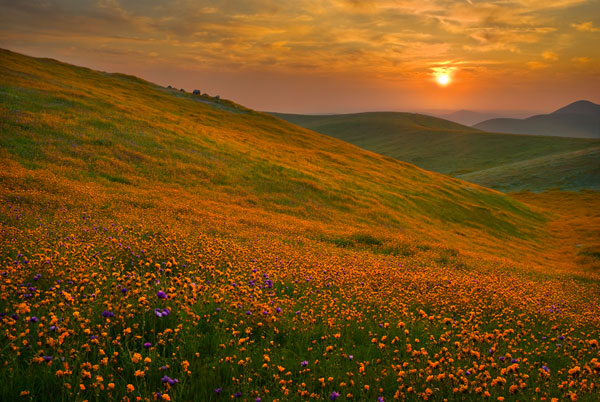 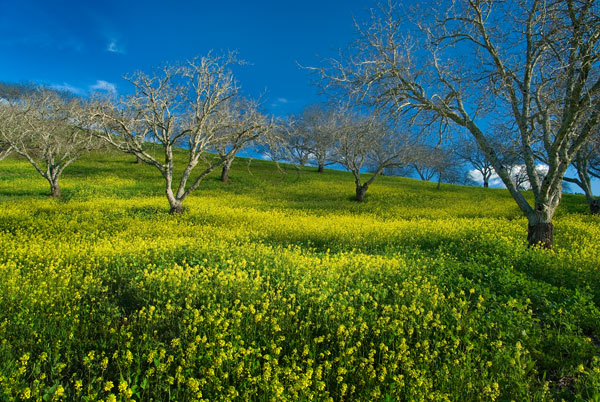 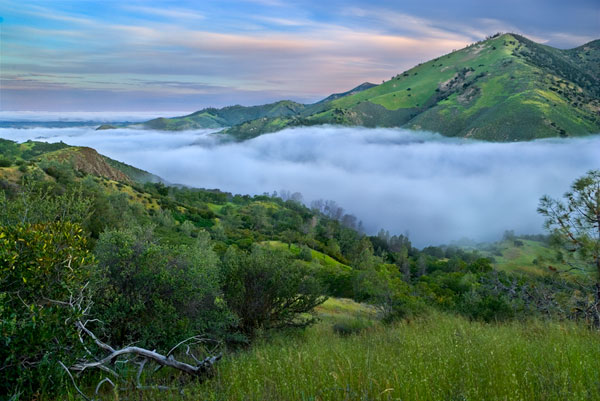